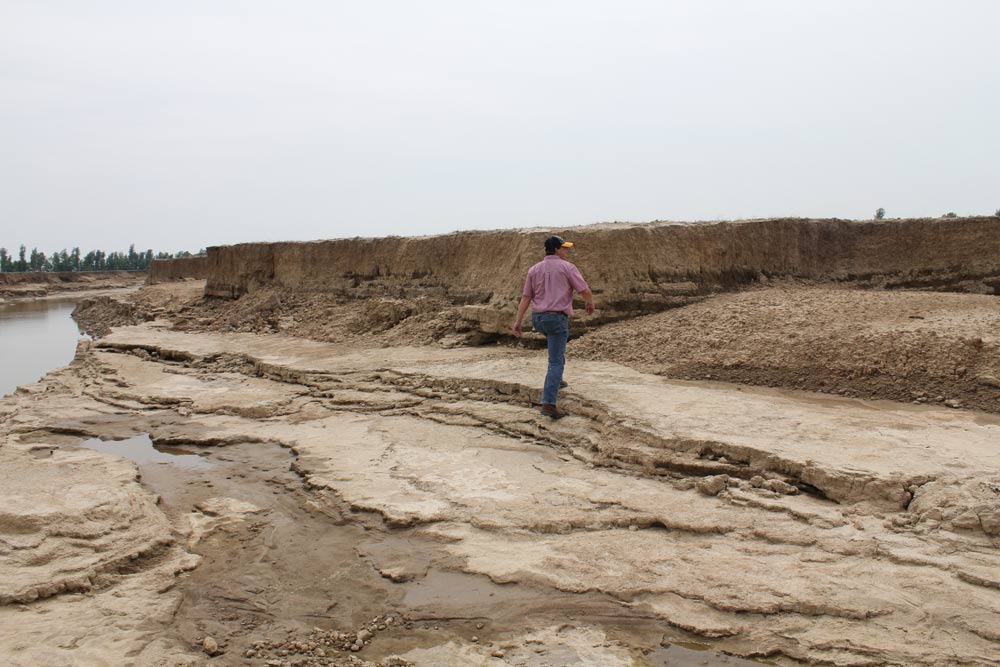 In May 2011, farmers along the Mississippi River experienced the worst flood since the 1930’s.  The hardest hit in the upper Delta region were the Missouri farms in the Bird’s Point Floodway in Mississippi and New Madrid counties.  The U.S. Corps of Engineers blew sections of the Missouri levee to relieve pressure on the Illinois side.

Many homes and farm buildings were destroyed. I am working with district extension agents, Anthony Ohmes and Sam Atwell, to access the short-term and long-term soil damage on the the farms. A combination of deposition and erosion occurred in the floodway.  In a few places,  the productivity of fields were improved by silt deposits after the floodwater receded.  But in “blow-outs”  near the levee breaches, thick layers of sand were deposited.  To make matters worst, an endangered species tern bird nested on the sand and prevented farmers from starting the process of moving the massive amount of deep sand off of their fields.  The most devastating erosion in the floodway occurred midway in an area called O’Bryan Ridge.  Roads were washed out and deep gullies trenched out from the force of the raging river current.  In the southern end of the floodway near New Madrid, found many exposed tree stumps in fields that they had never seen before.  The current apparent cause sheet erosion removing the topsoil down to the traffic pan.